How To Survive A Bear Attack

Do you know what to do if you encounter a bear in the wild? Many people don’t, so it’s essential to learn about bear safety before heading out. This article will give you some critical information on surviving a bear attack. It will cover everything from what to do when you see a bear to what to do if you are attacked by one. So whether you are an experienced outdoorsman or just enjoy hiking and camping in the great outdoors, read on for some great tips on how to stay safe from bears!

Know What Type Of Bear It Is

So, what should you do if you come across a bear in the wild? The first thing to do is to identify the type of bear. There are four common types of bear species that can be found in North America; black bears, grizzly bears, brown bears, and polar bears. Black bears are the most common type of bear found in North America, and they are also the smallest. They are typically shy and non-aggressive and will only attack if they feel threatened.

Grizzly bears are larger and heavier than black bears, with distinctive shoulder humps, and are typically the most aggressive types of bears you will see. They are found in the western United States and Canada. Brown bears are even more significant than grizzly bears, and they can be found across North America. And finally, while it is doubtful you will see one, polar bears are the most significant type of bear, only found in the Arctic.

What To Do When You See A Bear

If you do happen to spot a bear in the wild, there are some things you should keep in mind. First of all, don’t panic. Bears are usually more scared of humans than you are of them, and if you remain calm, the encounter will likely be uneventful. Secondly, don’t approach the bear. Give it plenty of space to move away from you, and if it doesn’t seem interested in leaving, back away slowly. Finally, avoid making loud noises or sudden movements, which could startle the bear and trigger an aggressive response. If you follow these simple guidelines, you’re likely to have a safe and memorable encounter with one of nature’s most majestic creatures.

Know The Warning Signs That A Bear Will Attack

Bears are large, powerful animals that can be fierce predators. However, they are also generally shy and avoid contact with humans. But in the off chance they do come towards you, there are several warning signs that a bear is getting ready to attack, and it is essential to be aware of them to take steps to avoid an encounter.

One of the most common warning signs is a loud “woof” or “bluff” charge, where the bear will run towards you while making loud noises. This is usually a bluff meant to scare you off, but it can also prelude an actual attack. Other warning signs include snapping their jaws, huffing noises, or swiping at the ground with their claws. If you notice any of these signs, you must be very careful about what you do next.

Do Not Run From A Bear If It Attacks

Some people may think that the best way to deal with a bear attack is to run away as fast as possible. However, this is not the case. Bears are speedy runners and will quickly overtake any human. Additionally, running away may trigger a chase response in the bear, causing it to chase down and attack the person.

Instead of running, it is essential to stand your ground and make yourself as big as possible. Make noise by yelling or banging on pans. Try to keep the bear in front of you so that you can keep an eye on it. And most importantly, attempt to back away slowly.

Know When To Play Dead If A Bear Attacks

If you cant scare the bear and you are attacked, your best course of action is to play dead. This may sound counterintuitive, but there is scientific evidence to support this strategy. Bears are typically only aggressive when they feel threatened or defend their young. If you act aggressively towards a bear when they are within a couple of feet of you, you will worsen the situation.

On the other hand, if you lie still and pretend to be dead, the bear may lose interest and move on. In addition, playing dead can help prevent you from being seriously injured. Bears have been known to attack humans who fight back, but they typically only bite and claw victims who are already lying down. As a result, playing dead is often the best way to survive an encounter.

Protect Your Vital Organs While The Bear Is Attacking

Bears are amazing animals, but it is essential to be aware of their dangers. If you are ever unlucky enough to find yourself in a bear attack, remember to stay calm and follow these simple guidelines. If you cannot move once the bear stops attacking, call for help immediately. With any luck, you’ll be able to walk away from the encounter unscathed. However, if you do sustain any injuries, seek medical attention as soon as possible.

In short, the best way to survive a bear attack is to stay calm and use whatever resources you have available to protect yourself. With a little bit of knowledge and some quick thinking, you can often avoid these situations altogether.

previousBest Methods For Cooking Outdoors
next6 Best Ways To De-Stress 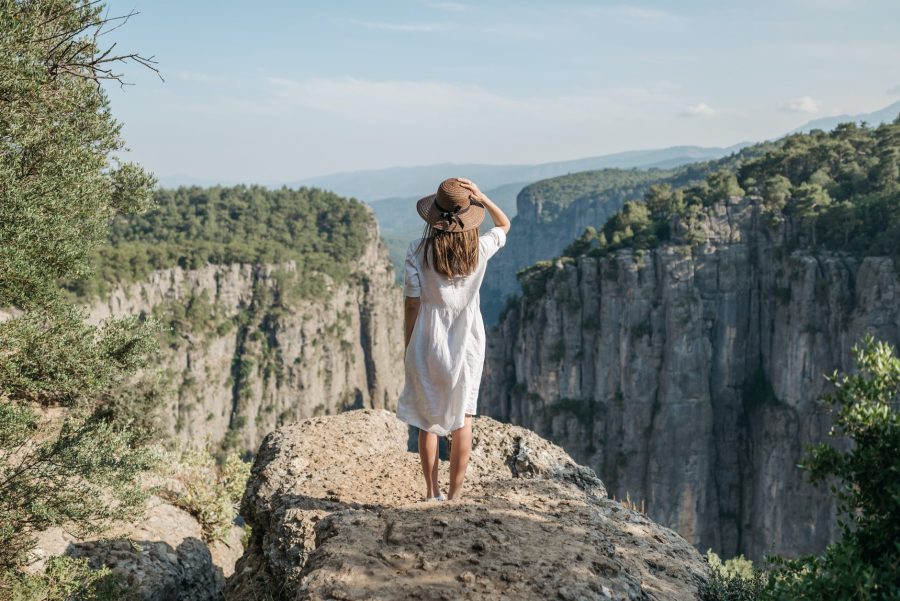 Most people have heard of the benefits of exercise for physical health, but not everyone realizes the impact that exercise can have on mental health.…

Read More »Outdoor Activities That Will Boost Your Mood

Aquatic exercise is a great way to get fit and stay healthy. There are many benefits to exercising in water, including improved cardiovascular health, increased…

There’s no denying that summer is the best season of the year. The days are longer, the weather is warmer, and there’s just something about…

Read More »How To Have The Best Summer Ever

Tips For The Ultimate 4th Of July Celebration

How To Get Over A Breakup