Even though they appear to completely destroy everything in their path, wildfires are actually a natural part of several healthy ecosystems. However, the difficulty arises in having to manage the fires, specifically when there are individuals in close proximity, so this led to fire suppression by the United States Forest Service and other associated agencies for decades during the 20th century. In today’s society, researchers understand the need for frequent fires for both the safety of humans and for the management of ecosystems.

In order to balance the benefits and risks of wildfires, environmental and federal agencies carried out controlled or prescribed burns, which are fires that are planned precisely and meticulously, set intentionally, and managed carefully.

Controlled burns could imitate natural fires while letting land managers decide on precisely where and when a section will be burnt. However, prescribed burns also bring about some of the downsides of any type of fire. Setting ablaze large sections releases particulates and smoke which could destroy the quality of air. Plus, regardless of how well designed, it is never without the risk of becoming out of control.

The risk of wildfires is constantly present in several ecosystems. However, prescribed burns could aid in reducing that risk by minimizes fuel loads and by developing a timeline for the burns. Utilizing controlled burns as a preventive management approach could save billions in property damage and ultimately the lives of individuals.

It might appear counterintuitive that fires could be healthy for plants; however, this is the case for varieties that developed to cope with fires on a habitual basis. Several varieties of pine trees such as jack pines and lodgepole have serotinous cones which need heat in order to release their seeds. Other varieties such as the longleaf pine generate seeds that require the bare minimal soil that remains following a fire in order to start the germination process. Devoid of these fires, communities of species could decrease drastically and lead to a domino effect on the ecosystem.

Prescribed burns could aid the native vegetation by restricting the development of invasive species as well. When fires are lacking from the ecosystem, fire-intolerant plants have the chance to take root. Controlled fires assist the native plants to compete and at times thrive, thereby creating habitation for native wildlife.

Many animals require the open habitat made by the fires to reproduce and to feed. In grasslands, creatures such as quail nest in grassy habitats made by the frequent fires. Other varieties of animals, such as the endangered gopher tortoise, are waning because of the suppression of fires in their indigenous ecosystems. Frequent fires create an easier environment for the gopher tortoise to dig their burrows and make openings where they are able to bask in the sun as well.

Minimize The Spread Of Diseases & Pests

Controlled burns could help manage disease and pest outbreaks in forests. As specific species of trees become infected, they experience retarded growth for a period of time prior to dying. This provides the disease or pest an opportunity to spread to other trees that are in close proximity. The smaller, diseased trees have not yet been able to develop fire-resistant bark, thereby allowing the controlled fires the ability to clear the trees that are unhealthy and safeguard the remainder of the forest.

Prescribed fires benefit watersheds as they prevent additional damaging and more intense fires. As stated by the Environmental Protection Agency or EPA, when a fire burns too hot it could result in erosion and permit a surplus of sediment and nutrients to enter the water. Controlled burns could have some of these unfavorable effects also; however, the impact has a tendency to be short-term and negligible, therefore the fires are not as harmful. Fires could also reduce the plant demand for water in a section, which provides the opportunity for more of the life-saving liquid to remain in the streams and rivers.

Controlled fires could make individual trees healthier by decreasing the competition with other plants and trees. This is especially crucial when growing trees for their timber. With a reduced number of plants competing for space, water and nutrients, valuable trees are more than likely able to develop into larger, healthier trees.

Prescribed burns carry several ecological benefits. However, there are some disadvantages to setting ablaze an ecosystem, mainly due to the fact that at times the nature of fires could be unpredictable. Several of the downsides, such as reduced quality of air, are short-lived and would be even worse in the case of a natural, uncontrolled wildfire.

There Is Always A Risk

Even the best thought-out plans can go wrong, particularly when dealing with some as unpredictable as fire. For instance, weather conditions could change unexpectedly and rapidly, leading to fires burning outside of the perimeter that was planned for. In cases such as these, prescribed burns carry related risks when compared to wildfires in that they could threaten an individual’s property and lives. For instance, an extreme case happened in 2012, when a controlled burn planned by the Colorado State Forest Service resulted in three deaths, and twenty-three houses were destroyed. A controlled burn that is poorly handled could sway public opinion to be against fires for the management of ecosystems, which could have long-term effects.

The particulates and smoke that are released while prescribed burns are in the process could impact negatively on the quality of air. Breathing in these substances can be dangerous for the health of humans and could result in long and short-term respiratory issues, such as pneumonia, bronchitis, chronic obstructive pulmonary disease, or COPD and asthma. In order to diminish the impact of prescribed burns on the quality of air, managers could attempt to burn on days when the wind has the ability to clear the smoke faster.

Any type of forest fire, regardless of being planned or unplanned, could impact the quality of water. Controlled burns could result in some erosion of soil, adding excess nutrients and sediments to the water supplies such as streams. In order to avoid these impacts, land managers will leave riparian zones, which are the areas directly adjacent to streams, unburned. 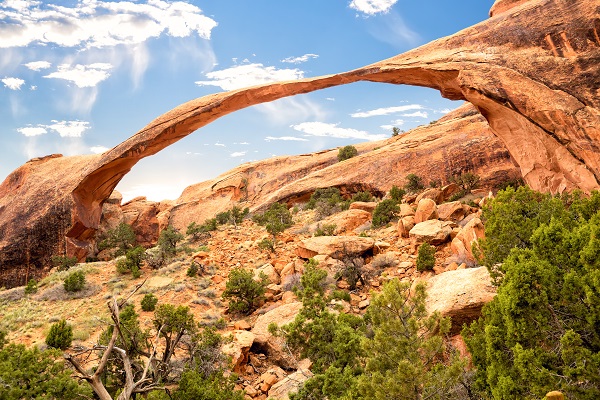