8 Uses For Rubbing Alcohol You Never Knew About

Rubbing alcohol normally is made up of seventy percent isopropyl alcohol, however the percentage could range anywhere between sixty percent and ninety-nine percent. This variety of alcohol is distinctive from the other types like ethyl alcohol or ethanol in wine, beer and liquor. According to the Centers for Disease Control and Prevention, rubbing alcohol has a look very similar to that of water. Because of COVID-19 being so widespread, many household now have a bottle or two of rubbing alcohol at an arm’s reach away for disinfecting reasons, as rubbing alcohol is considered an extremely potent germicide, specifically at concentrations of sixty percent and over. This popular household product has numerous uses in the home for disinfecting and cleaning purposes, and is the chief ingredient in hand sanitizer, as stated by the Food and Drug Administration, however, how does it match up as it relates to health ailments? Below you will find what the medical world would like you to know about the use of rubbing alcohol.

According to emergency medical professionals, inhaling the strong, sharp fumes of the rubbing alcohol could resolve nausea. It was proven that inhalation of rubbing alcohol was more effective with compared to the standard anti-nausea medicines during some studies. This could be completed by breathing in the vapor from the alcohol preparation pads. This process could be attempted at home quite easily however it is not recommended to repeatedly do so. Individuals that suffer from diabetes and require insulin injections to assist in controlling the blood glucose levels ought to clean and disinfect the area with a cotton swab that has been soaked in rubbing alcohol or an alcohol swab prior to injecting. It is also vital to wait until the alcohol has dried prior to injecting. There have been many concerns regarding shortages of rubbing alcohol impacting the care of diabetes during the COVID-19 pandemic, which might happen as a result of individuals making their own hand sanitizer. 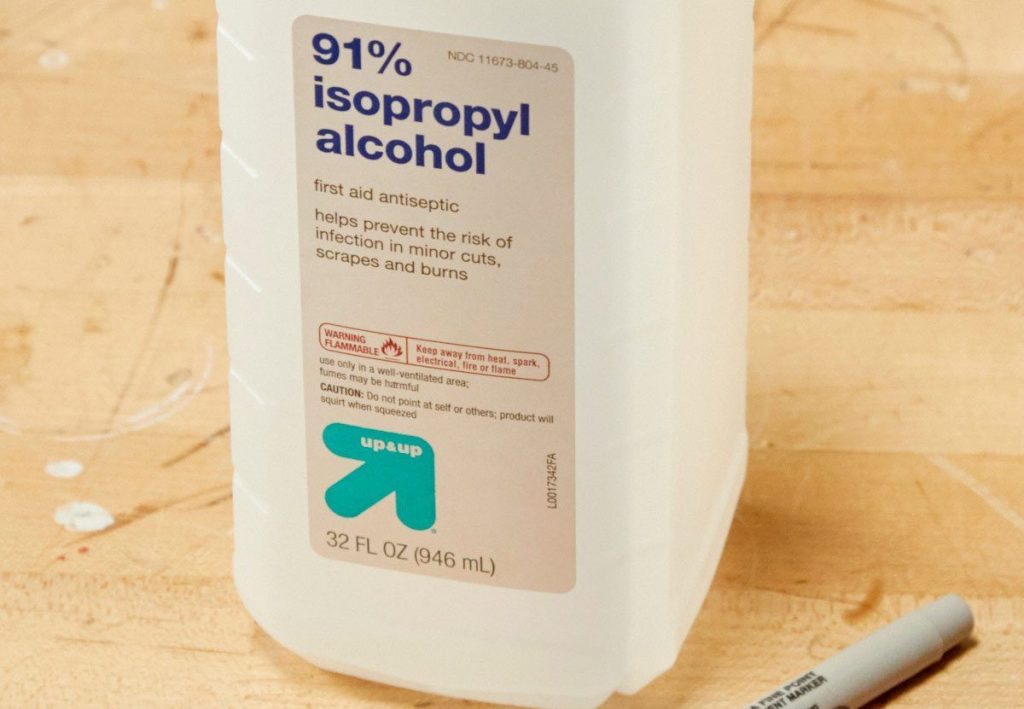 Clean off the scissors or nail clippers with the rubbing alcohol prior to giving yourself a pedicure or manicure or trimming the nails of a child. It may be applied to a cotton ball or swab and then wipe the clippers or scissors down or they could be submerged in the rubbing alcohol. It would only take approximately thirty to forty-five seconds for this method to get rid of the germs.

IN the event that someone has a blister, clean off the skin and all the tools that are to be used in popping it with rubbing alcohol. This process will assist in staving off any infections. However, blister popping is not a recommended procedure by medical professionals.

Ears that have been newly pierced could suffer infection, as stated by the American Academy of Dermatology or AAD. Rubbing alcohol, when it is applied to cotton swabs or balls could be utilized to disinfect or clean the area around the piercing two to three times each day, could assist in staving off infection. The American Academy of Dermatology recommends utilizing a thin layer of petroleum jelly around the area of the opening as well. There are several diseases that ticks transmit and so it is very vital to remove and handle any ticks that are discovered on a person’s body as safely and quickly as possible in order to decrease the chances of developing an illness that is spread by the tick. Rubbing alcohol could assist by firstly, cleaning the affected area and the hands with rubbing alcohol, soap and water or an iodine scrub subsequent to the individual removing the tick with some sort of tweezers. Discard of the tick by placing it in the rubbing alcohol, wrapping it tightly in taper, flushing it down the toilet or putting it in a sealed bag. Thermometers can be disinfected by using rubbing alcohol between each use of the thermometer, according to the American Academy of Pediatrics. This holds true for both oral and rectal thermometers. It is noteworthy to allow the alcohol to dry completely prior to reusing the thermometer.

Things You Think Are Contagious—But Aren’t

What To Do In A Riptide