7 States For The Best Turkey Hunting The best time of the year to hunt for turkeys in early spring to early, middle of fall. Although it is soon Thanksgiving, you still have some time to hit the road, if it is allowed, and grab some gobblers. You can hunt in any state that allows for turkey hunting and the rates are affordable as well. There are plenty of wonderful turkey hunting locations nation-wide, so you may not have to travel too far to set foot on some prime hunting ground. Whether you are simply looking for a place that you and your friends can bag and tag a bird this season or seeking to complete your Grand Slam, the below states will kick start that adventure. There is a great number of turkeys available for hunting in the state of Texas, offering three categories of the bird. The main target on everyone’s list is the Rio Grande species and Texas has more than five hundred thousand of these, there are also the Merriam and Eastern species of the turkey that can be found in the Lone Star state. Furthermore in Texas, you are able to harvest up to four turkeys, however, only one of those birds can be Eastern. There is a trickle of WMA or Wildlife Management Areas located in Texas which would allow with a special permit the hunting of turkeys, nevertheless, the opportunity is still there with semi-guided and guided hunts carried out on private properties. That being the case, the probability of snagging a gobbler on a guided hunt is still very high and the guided hunts are very reasonably priced. If you are the die-hard turkey hunter, that is seeking to snag your Grand Slam of turkeys, Florida is the prime location for you, as it is the only state that you can land an Osceola. However, if you are not interested in the Grand Slam this is still a great state for your hunting. Florida is home to over one hundred thousand Osceolas and more than forty thousand Easterns, with numerous public property opportunities. Although snakes and bugs can be somewhat of a nuisance, you do not have to concern yourself with any late snow in this state. There are places in the hunting arena where two bearded birds can be bagged but you may need a quota permit. The panhandle hunting grounds are best if you are seeking to grab yourself an Eastern, but for the Osceola, you should head to the southern or central sections of the state. Alabama is another state that is prime for turkey hunting, with an inhabitant of gobblers that is closely approaching five hundred thousand with a yearly harvest of approximately forty thousand turkeys. This is suitable for out of state hunting. Furthermore, the state of Alabama allows for the bagging of up to five birds in total both in the spring and the fall seasons; this is definitely one of the most substantial limits in the nation. The Eastern strain of bird is the main target in this state. Although there are public hunting grounds situated in this state, the guided hunts are the most affordable here than in any other state, so for accessible and affordable hunting grounds, stick close to the Black Belt sections which stretch across the central region of the state. This is the ideal location for out of state hunting, with over two hundred thousand Eastern subspecies. Public hunting properties are also not of concern as there are numerous including areas such as the massive Land Between the Lakes National Recreation Area. There are also smaller Wildlife Management Areas such as Peabody, Kentucky River, and Clay which provide exceptional prospects for public land turkeys. If time is not on your side to scout for public areas to hunt, there are amply of private guided hunts on private properties for under $2,000. No list could ever be complete about turkey hunting without the mention of the state of Missouri. This state has an inhabitant of nearly three hundred thousand Eastern turkeys and provides a yearly harvest of almost fifty thousand gobblers. Next time you plan to go turkey hunting with the guys, just consider Missouri as one of those places to visit. Two bearded birds are the limit for this state and with some measure of luck, this can be achieved on one of the public properties like Gist Ranch or Whetstone Creek, both of which offer up plenty of turkeys every season. Another awesome location for that Grand Slam enthusiast as this state is the home to three kinds of gobblers, Rio Grande, Eastern, and Merriam. You target species will determine the area in which you will be hunting, If you are in the North-western and Western sections of the state then Merriam’s are your feast, as the name suggests Easterns are in the, you guessed it, most easterly regions of the state and the if you happen to venture to the central areas in Nebraska then Rio Grandes are there for you. This state offers great hunting regardless of the species that you would prefer to hunt. Annual harvest can be anywhere close to twenty to thirty thousand birds and the state has a population of about one hundred and forty thousand of them. Once you have the proper permits, you can take home up to three birds. Home to approximately two hundred and fifty thousand turkeys and awesome opportunities to access public land to hunt makes Tennessee one of the ideal states for gobbler grabbing. Up to four bearded birds can be harvested by an individual. If you want the hunt to be a challenge then you can stalk your prey into the steep hills of Cherokee National Forest, this will be the closest you will come to having a real-life wilderness turkey hunt. There are plenty of wide-open public spaces besides the National Forest that serves up many turkeys for the hunt. Working a corporate job can get a little too taxing after a while, and rightly so. Being chained to a desk, answering calls, going… The world today, is brimming with technology, making it quite difficult to avoid the assault of Alexa or Siri enabled smart devices, 4K supported… 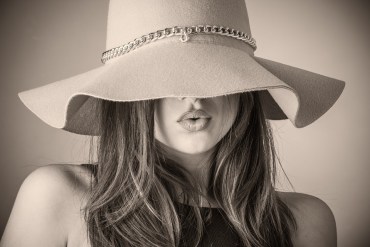 10 Spectacular Hats For All Seasons

Hats are both functional and fashionable, so why not have some fun accessorizing with them! We’ve picked out hats for every type of climate,…