7 Delicious, Edible Insects In case You Need To Survive Have you ever wondered how you would survive if the food that is now so readily available to us, was limited? If food was being rationed and would only last you for a week and not a month, how would you supplement your diet? Insects! That’s how! The protein found in edible insects will give you healthy alternatives and sustain you. You may have a hard time seeing yourself eating insects but with a lot of creativity and seasonings, it’s very possible. Never eat insects that release an odor, are brightly colored, or found where pesticides are used such as farms. Surviving pesticides does not mean that they can be eaten. About 1 700 insects out of a total of more than 1 million species are edible, but please remember that not every insect or bug that you find, should be eaten. Always take into consideration that all insects cannot be prepared in the same manner. Insects have a hard outer shell called an exoskeleton and parts of this exoskeleton, such as legs and stingers, can cause damage to our throats when eaten, therefore they would have to be removed in most cases. Some insects will need to be prepared so that any toxins within them can either be reduced or neutralized. If this is going to be a survival option, do as much research as possible and keep an open mind. At the end of the day, over 2 billion people can’t be wrong! 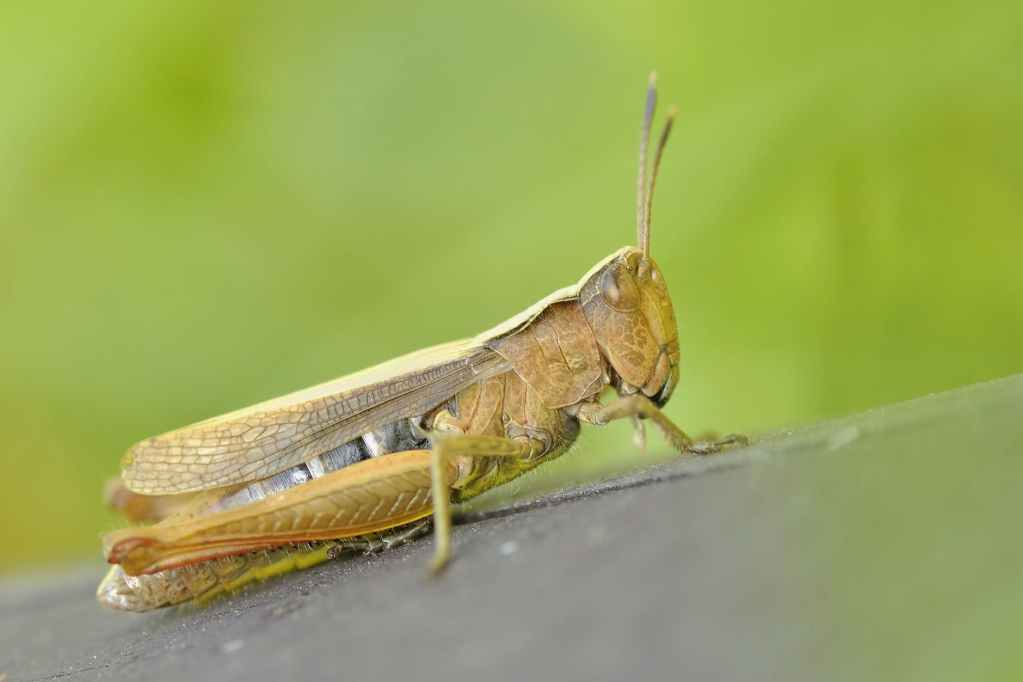 Grasshoppers are herbivores and are usually found in very grassy areas, quite possibly where they got their names from. Some species of grasshoppers eat only certain types of plants, whereas other species eat any type of plant that they can find. They are medium to large insects and range in size from 2 inches to 5 inches in length. Grasshoppers are high in protein and one of the most popular insect foods. They can be deep-fried or sautéed and seasoned with salt. Crickets vary in length from 0.12 to 2 inches. They are known to be nocturnal and like to dig shallow burrows. Their common habitat is under logs, bark, or leaves. Crickets are very nutritious and are a great source of lean protein, minerals, and vitamins such as vitamin B-12. The taste of crickets has been described as nutty. In Africa, Asia, and South America crickets are turned into a powder and mixed with flour, they can also be prepared like grasshoppers. Ants are known to have a citrus flavor due to the formic acid found in their glands. In South America, ants are added to soups due to their flavor. Ants are also added to salads as a seasoning. Another delicacy is prepared using the larvae and pupae of the ants and rice. This delicacy is normally served on banana leaves. European scientists have found that ants contain more antioxidants than orange juice and can even be used to protect the body from cancer. It has been noted as well, that approximately 3.5 ounces of red ants contain 14 grams of protein and 5.7 milligrams of iron. Bees in their mature state are hardly eaten. Once the stingers are removed from the bees, they can be added to soups and eaten in salads. Just like ants, the larvae when prepared is a very popular delicacy. Bees are said to have a buttery texture. Their mineral and vitamin content is known to be very high. Different species of beetles range in size from the smallest measuring 0.01 inches to the larger ones that measure over 6 inches. Just about 20 grams of protein can be found in a giant water beetle. 14 grams of protein can come from 3.5-ounces of the palm worm beetle. Just like many other insects, beetles are high in protein, vitamins, and minerals. Beetles may be found under fallen trees, usually in damp conditions. In countries where beetles are widely eaten, they are roasted on a baking sheet in the oven or in a cast iron pan. June bugs are known for their protein content as well, usually providing around 13.4 grams of protein for every 100 grams of June bugs. June bugs range in size from 0.5 to 1 inch, which is considered a good size for a bug. They mainly eat leaves at night and can cause considerable damage to foliage. During the day June bugs can be found under plants and trees and trees during the day. The rolly-poly is officially known as the pill bug and its scientific name is Armadillidium Vulgare. Its origin is in Europe and is known to be some of the oldest bugs on the earth. Roly pollies have a defense mechanism that enables them to roll into a perfectly shaped ball. They have segmented bodies and range in size from ¼ inch to ½ inch in length. Rolly pollies are known to have a shrimp flavor. They can be found in the soil under logs and also in the bark of trees. Preparation of these creatures involves boiling them and adding them to pasta.